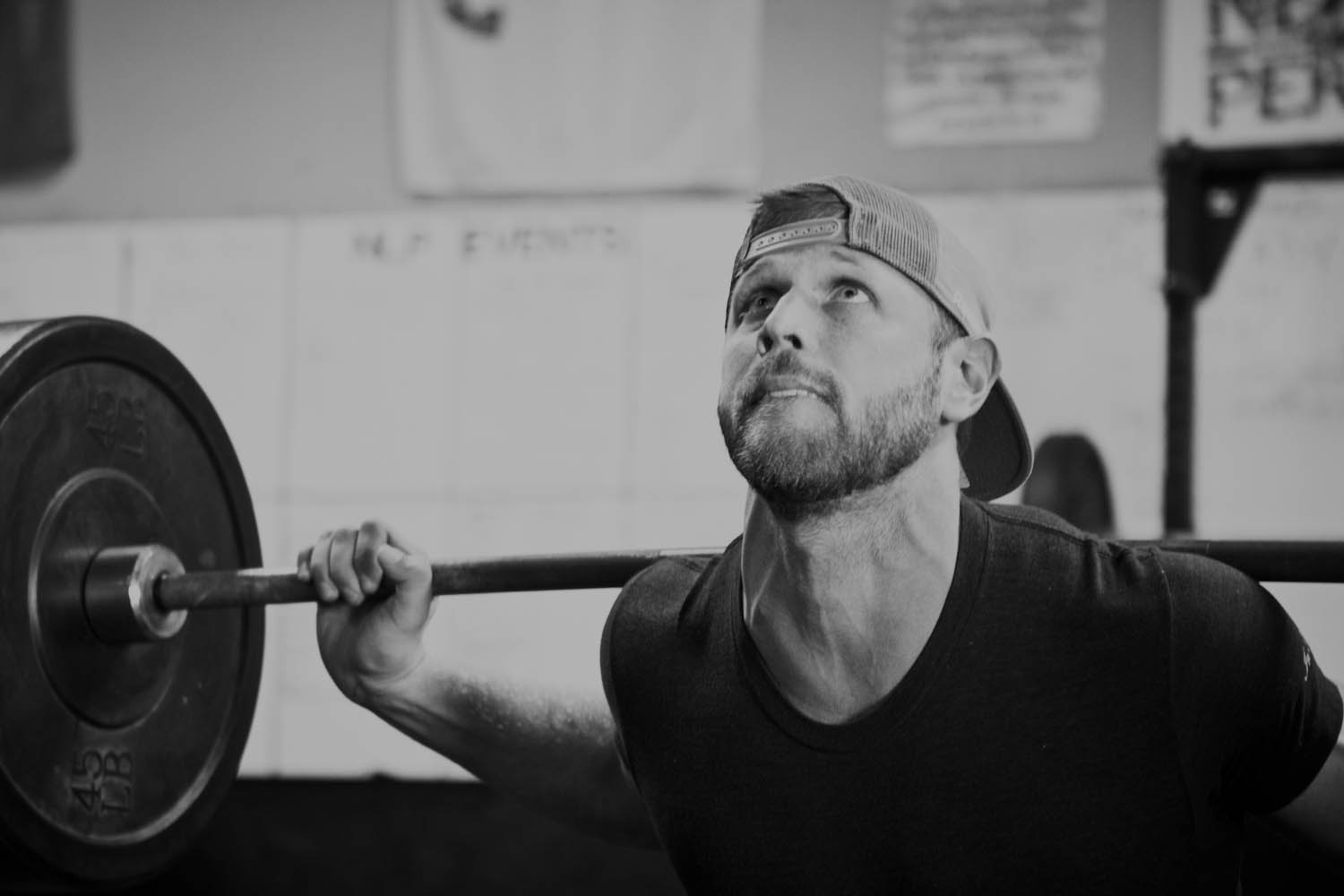 Tweaks and Geeks of the Lower Back

Article written by Dave Lipson
From AGAIN FASTER
One of the most common injuries that tend to shut people down are those of the lower back. Funny enough, these injuries are just as common in people who don’t really train at all. There are a lot of herniated and ruptured L-4, L-5, or S-1 discs that correspond with the vertebra of the lumbar and sacral spine. A telltale sign of this type of injury is pain down the nerves into the hip and leg. This is indicative of an injury that’s not muscular, but rather a ligament and disc issue causing instability in the spine, slipping disc pressure onto nerves that innervates the vertebra and run elsewhere.
I myself have fallen victim to this type of injury. Here’s my story of how I got hurt, recuperated, and continue to treat my back:
Don’t hurt yourself lifting those heavy weights!
That’s what I’ve always heard from family and friends in response to some of my CrossFit videos, particularly those who didn’t know or understand strength training. When I showed them video of a 655 deadlift they cringed. When I told them I was going to back squat 455lbs everyday they said I was asking for trouble.

Ironically, it wasn’t until last summer, when I took a break from my heavy lifting, that I ever had an issue with my back. My year long dedication to back squatting had ended two months prior. I was just chilling out with my training, concentrating on where my life was going and my girlfriend who was competing at the CrossFit Games.
I took a six-hour flight to LAX that July and immediately rushed to Dogtown CrossFit to get a quick pump on. I wanted to wake up and look good before a job interview for a collegiate strength coaching position my friend Josh Everett had set up.
I got to Dogtown, met Dusty Hyland, the owner, hit a jaguar warm-up, and just started throwing weight on the bar. Max unbroken bodyweight cleans and ring pushups for five sets. First set was good, seventeen and fifty. As I went to pull the third clean off the ground in the second set, I felt something slip in my back and pull into my hip. I dropped the bar, thinking I just needed to loosen up more. I went to clean the bar again and didn’t make it past my thigh before I got another shooting pain into my hip.
It was a pain in my back unlike any I had felt before. Not a sore, tight, overworked or achy feeling, but an acute feeling of pain and instability, like I was walking on ice and trying not to make any sudden movement.
I went to my interview and did my best to mask to pain, moving around tentatively as the head strength coach and AD of the university walked me around the weight room and athletic department. 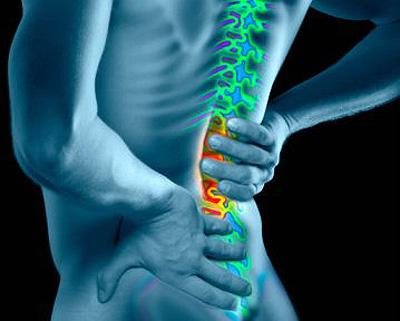 As soon as it was done, I Googled chiropractor…a stupid move! Twenty minutes later, I was in the office of Dr. Mike. He laid me down and jerked around my already damaged spine, getting a buffet of cracks and pops out of my SI-joint, thoracic spine and neck. But my problem wasn’t alignment. I had a ligament issue and a bruised and inflamed disc. Going to a chiropractor may have exacerbated the injury.
The next few days were miserable. Bending over or putting on my socks made me want to cry. Getting into a car seemed impossible, and sitting was probably the most painful. It just seemed to take my breath away to try and bend in any direction.
When the Games were over, I went home and laid off my back. It seemed like a good time do some bench press and gymnastics-biased programming anyway, as I really needed to get better at my handstands. Four weeks and a 375lb bench press later, I decided my back felt okay and I was ready to pull something off the ground again. I went with some light power snatching, which quickly turned into a one rep max power/muscle snatch session. It ended quickly when, pulling 200lbs off the ground, I felt the same pain in my back.
It was devastating. I wanted to punch a wall, but moving that suddenly would hurt too much.
That night, I put my snatching video up on Facebook to get critiqued by some Oly coaches, even though I knew technique was not really my biggest issue at that point. I noted on the video that I tweaked my back on the next rep and had to stop there. It was that little comment that probably saved my spine and training, because what came next was a blessing from the lifting gods.
I got a message from a Dr. Lee Poston that basically said this: “Dave I’m a back specialist at a clinic out here in Maui, also an avid CrossFitter and box owner at Maui CrossFit Extreme. I would like to help you, can you tell me what you did to your back? We can do a Skype appointment and I can diagnose you.”
At this point I was feeling alone and desperate and I would take any help people could dish out. Although I wasn’t expecting much, I accepted his offer.
Lee is a middle aged, lanky guy from Tennesee. Think Mathew Modine but a little more jacked and with short hair.
We talked about the injury and how he broke it down for me was like this: 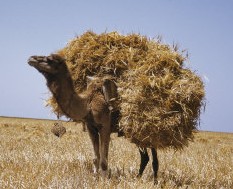 The injury to my back was not because of that particular bad pull or lift but rather just the straw that broke the camel’s back (so to speak).
Years of crappy positions have unevenly lengthened and shorted ligaments around my spine, causing movement and herniation of the disc toward one side
The movements that exacerbate pain are indicative as to which direction the disc has herniated. In other words, if bending forward causes pain it is likely a posterior herniation.
I could correct this imbalance through regular corrective exercises.
We did an assessment and, like most people who herniate discs in the lumbar spine, I felt pain when bending forward. The first thing Lee had me do was a back bend. I put my palms on the small of my lumber and leaned back as far as I could. I felt pressure on the spine, but no running pain or instability, He said this was normal.
Next, Lee took me through what is called the Mackenzie Back Protocol, a series of extension based exercises. This included press-ups on the floor (like a shitty pushup, where the hips stay pinned to the ground as the arms extend). We would do about fifteen of these at a one second up, one second down pace, designed to pump fluid and get movement in the spine. Then we would hold the last rep for thirty seconds. The whole routine took about a minute in total. Lee instructed me, “Do this eight times a day, and try not to sit for two weeks. You’ll be fixed, I promise!”
As skeptical as I was, I stayed religious about my back exercises. People thought I was crazy, dropping to the ground to do press-ups in public, at the gym, and at my girlfriend’s house. Press-ups everywhere!
I was very tentative as I came back to the barbell. I started by pulling off of 45lb plates on the ground, then 25lb plates, and eventually no plates, all to keep my back in a super tight and extended position. I was still doing my exercises before and after training, in the morning when I woke up and at bedtime.
What I found was that Lee was right. My back got better and so did my confidence.
Later that winter, I back squatted 600lbs for the first time. I also got PRs in my snatch and clean and jerk.
The effect of the injury and my rehab didn’t stop there. I had always had a lot of empathy for people going through back injuries–clients, athletes, even my own mother, who had similar issues and dysfunctions that seemed never really to go away. So I started showing them the MacKenzie back protocol, and sure enough they started feeling relief from pain! All thanks to this Doctor out in Hawaii–a guy who just wanted to pay it forward and help people in our community. It’s just another example of what makes it so special.
Read more about Crossfit lower back pain HERE.
How GLC2000 can help YOU