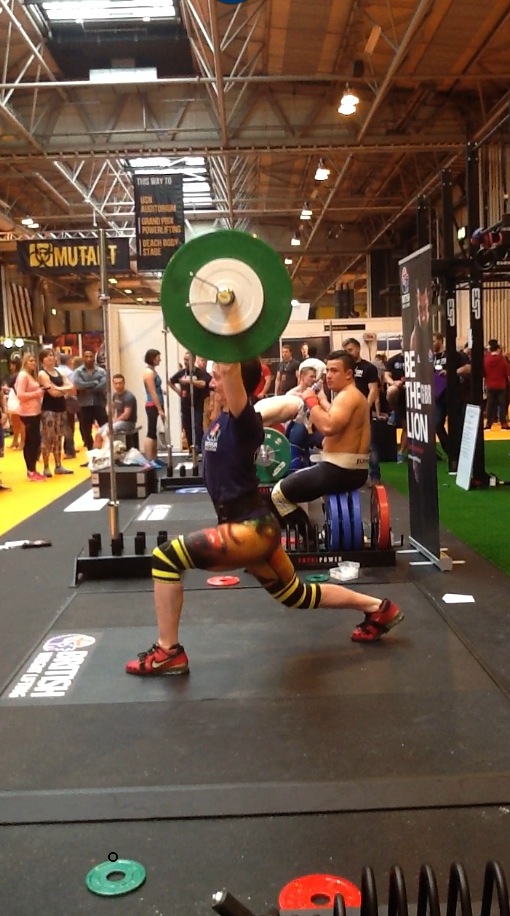 At 35 years of age and having just broken my own British record in the Snatch from 2002, to say I’m happy with how my build up to the Glasgow 2014 Commonwealth games would be an understatement.

Glasgow is now only 10 weeks away, and I wanted to say how much GLC2000 is helping me keep my body together.

I retired from Weightlifting in 2010 after struggling for the best part of 2 years with a back injury. After 18 years of competitive training and pushing myself to and beyond my limits my body & mind needed a break.
My energy was channeled in other directions. But I stilled loved Weightlifting. So I concentrated on opening Breeze’s Gym, whilst focussing on coaching and helping school children get into lifting.
I was still training, I refer to it as ‘playing’ as I enjoyed the lifts in a pressure free environment. However I was still getting niggles that I attributed to getting older: back, knees, elbows were far from perfect.

I tried GLC2000 and it gave me some relief in a very short space of time. I still had a bit of discomfort after a heavy session but it was a significant improvement.

I have to hold my hands up there would be days where I’d forget to take my GLC2000, yet I was still seeing really good results.

Around November 2013 I had to make a decision about whether I wanted to compete again. I was still there abouts with my numbers, and hadn’t been training too hard. I felt that if I ramped my training up I could be in contention for summer in the Glasgow games.
So my official road to Glasgow had begun and I decided to compete at the 58kg weight category so really pushing my limits. I am glad to say I have a great support team around me and train at a brilliant facility. We are taking my nutrition very seriously to keep my weight down.

I have learnt a lot around nutrition since I retired in 2010, and the importance of GLC2000 and other supplements for recovery has become very clear to me. I am also drawing on my experience making sure I back off when my body tells me, and pushing more when my body allows.
At the Welsh Seniors in March I broke my own British record in the Snatch, and also hit a 203kg total. So something must be working!

At the Welsh Seniors in March I broke my own British record in the Snatch, and also hit a 203kg total. So something must be working!

I still feel I’ve got more in the tank for Glasgow.

Editors Note: This next part is a review of the Commonwealth Games 2014 it is not in Michaela’s words.
Two-time champion Breeze, 35, who came out of retirement last December, lifted a 202kg total and with a Commonwealth record in the snatch, this secured a Bronze Medal.
Breeze, who moved into coaching after retiring in 2010, said: “It’s been one heck of a comeback. I never for one minute thought I’d be back competing.
My sole intention when I started playing around again last year was to try and motivate and push my athletes to qualify themselves.”
GLC2000 are pleased to be continuing to support Michaela in her future endeavours and hopefully will continue to support the athletes she trains as well.