GLC2000 is an all-natural oral formulation for treating arthritis symptoms and maintaining joint health. It is sold by GLC2000.co.uk and available as a capsule in the UK.
The formulation of GLC2000 is patented. The product is built around two active ingredients: glucosamine and chondroitin. GLC2000 contains more of these 2 ingredients than most joint support formulas available in the market.
These 2 active ingredients are not simply combined in GLC2000. They are combined in specific ratios and by a patented delivery mechanism that ensures that GLC2000 produces an absorption and bioavailability profile superior to other joint support formulas made out of the same ingredients.
The formulation of GLC2000 has been clinically tested in animal models and determined to offer a better therapeutic profile than other competing products.
GLC2000 contains more chondroitin and glucosamine than other joint support medications.
In GLC2000, the patented formulation produces improved serum levels of chondroitin and glucosamine. In addition, the formulation ensures that these two active ingredients stay longer in the serum to produce longer lasting effects.
GLC2000 contains no binders and fillers. It is a pure, all-natural joint support formula that has been proven effective by a clinical trial spanning 8 years.

The Ingredients of GLC2000 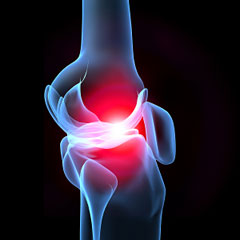 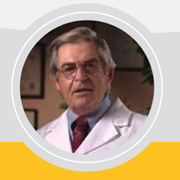 Chondroitin Sulfate
Chondroitin sulfate refers to a class of varying length glycosaminoglycans.
Each long chain of chondroitin is made up of two monosaccharides: D-glucuronic and N-acetyl D-galactosamine. These monosaccharides are alternated to form straight chondroitin chains and each monosaccharide carries one, two or zero groups.
Chondroitin sulfate molecules aggregate to form the basic structure of the cartilage. These aggregates absorb moisture to give the cartilage its cushioning property as well as its flexibility and resistance to compressive forces.
Therefore, chondroitin sulfate slows down the degradation of cartilages and also contributes to its regeneration.
Chondroitin sulfate is sourced from cow or shark cartilage. For GLC 2000, bovine cartilage is used.
Manganese
Manganese is a trace nutrient that serves as a cofactor for a number of enzymes and antioxidants in the body. It is mostly stored in bones where it contributes to their mineralization and to the regeneration of cartilages.
Vitamin C
Vitamin C or ascorbic acid is an antioxidant that can help protect the cartilage and synovial membranes from oxidative damage by free radicals and autoimmune factors.
However, vitamin C plays another major role in joint health. It is needed for the conversion of proline to hydroxyproline. Hydroxyproline is a precursor to collagen and collagen is one of the major proteins making up the cartilage and other connective tissues found at joints.

The recommended dose of GLC2000 is 1 – 3 capsules taken daily depending on your body weight.
These doses should be divided into two and taken in the morning and evening.
GLC2000 capsule is ideal for those already taking multivitamin or prescription pills since it can simply be included alongside the medications they routinely take.

GLC 2000 represents a unique joint support formula built around glucosamine and chondroitin but especially around the special properties of glucosamine.
It takes full advantage of the multiple glucosamine pathways available in the body. Because the body can utilize all 4 forms of glucosamine, a good way to improve the bioavailability of glucosamine is to supply all of these 4 forms.
Each of the glucosamine salt has a different absorption, distribution and therapeutic profile in the body. Therefore, instead of including just one salt like most natural arthritis formulations do, GLC2000 uses glucosamine in different ways.
Therefore, GLC2000 takes the fullest advantage of glucosamine. It quickly raises and then sustains the blood level of glucosamine. This ensures continuous conversion of glucosamine to glycosaminoglycans which are the building blocks of the cartilage.
For these reasons, GLC2000 is a very effective joint support formulation.
It has a high degree of success amongst its users and especially among the elderly and people with active lifestyles.
GLC2000 has been proven effective by a long-running and independent clinical trial. It is easy to see how GLC 2000 could prove superior to most of the other joint support formulas especially in a long-term study.
However, because GLC 2000 is a cartilage-rebuilding formula, it is not well suited to treating acute joint pain and inflammation. It does not produce immediate pain relief nor do its effects begin immediately. Rather, it may take weeks before the first positive signs are observed.
Still, GLC2000 acts faster than similar formulations. This is because it includes four different salts of glucosamine; it includes them in high concentrations too and then pairs them with chondroitin sulfate.
This formulation, therefore, speeds up the repair of damaged cartilage; it also quickly slows down cartilage degeneration and produces a more significant effect overall.
With the amounts and number of glucosamine salts included in GLC2000, it is quite possible that the gastrointestinal side effects of glucosamine will be increased compared to formulations which only use one salt of glucosamine.
However, there are precious few complaints about these side effects.
It could be that the unique formulation of GLC2000 reduces these side effects. Even if these side effects are present, they are mostly minor and resolve in time as the body develops tolerance to glucosamine.
In addition, since the glucosamine salts in GLC2000 are all obtained from shellfish, people with shellfish allergy should avoid this supplement.
For other people though, GLC2000 represents a uniquely formulated, high-strength and effective joint support formula.