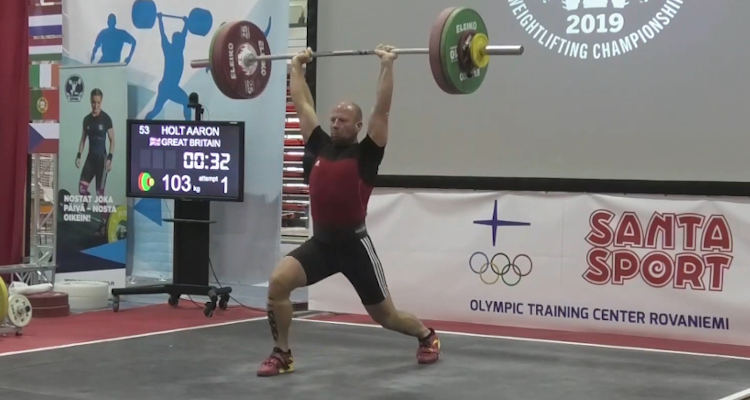 Now I train how I want, not how my body can cope

My body was struggling

I found myself in a situation where my body couldn’t cope with the training volume I needed to progress and compete in Weightlifting.

Old injuries would flare up, ache and swell after almost every session, so I was taking more and more days off to recover.

While the pain was tolerable, the frustration at having to limit training days was making me reconsider how far I wanted to progress in weightlifting.

I didn’t think it was fair that I should be choosing between my passion and what my body could cope with!

I’d tried some joint care products before and was taking the ‘maximum strength’ as labelled on the bottles but they didn’t really do what I’d hoped.

Certainly they helped a little, but when a friend suggested GLC2000, I researched the product and tried to understand the differences between what I was taking and what GLC2000 had to offer instead.

Straight away I could see that the dosage of different Glucosamine and Chondroitin Sulphate as well as dosage to body weight put this in a different class. After taking it for a couple of weeks, I noticed that my recovery days could be shortened and the intensity in training could be ramped up which is essential not only for progression but building up to comps.

So I was 20 when I had my first cruciate and medial ligament knee reconstruction whilst playing rugby at Northampton.

Fast forward 15 years and I had a cruciate ligament reconstruction again on the same knee.

I remember post op the surgeon coming in and saying he had found extensive to the knee and that by the time I was in my 50’s I’d need a full knee replacement.

I was gutted. It meant my knee had a shelf life.

And that any sport I wanted to do, I’d have to do it pretty quickly.

So I found Crossfit and from there I moved into weightlifting.

But it was pretty apparent with the extensive damage to the knee,

It restricted how often I could train

Any heavy sessions meant it would take days to recover. I’d be in pain and they’d be serious amounts of swelling.

So someone suggested trying GLC2000

Now it’s the muscles that need the recovery, not my knee.

There’s no icing, there’s no pain.

I wouldn’t try another product on the market. Just try it.